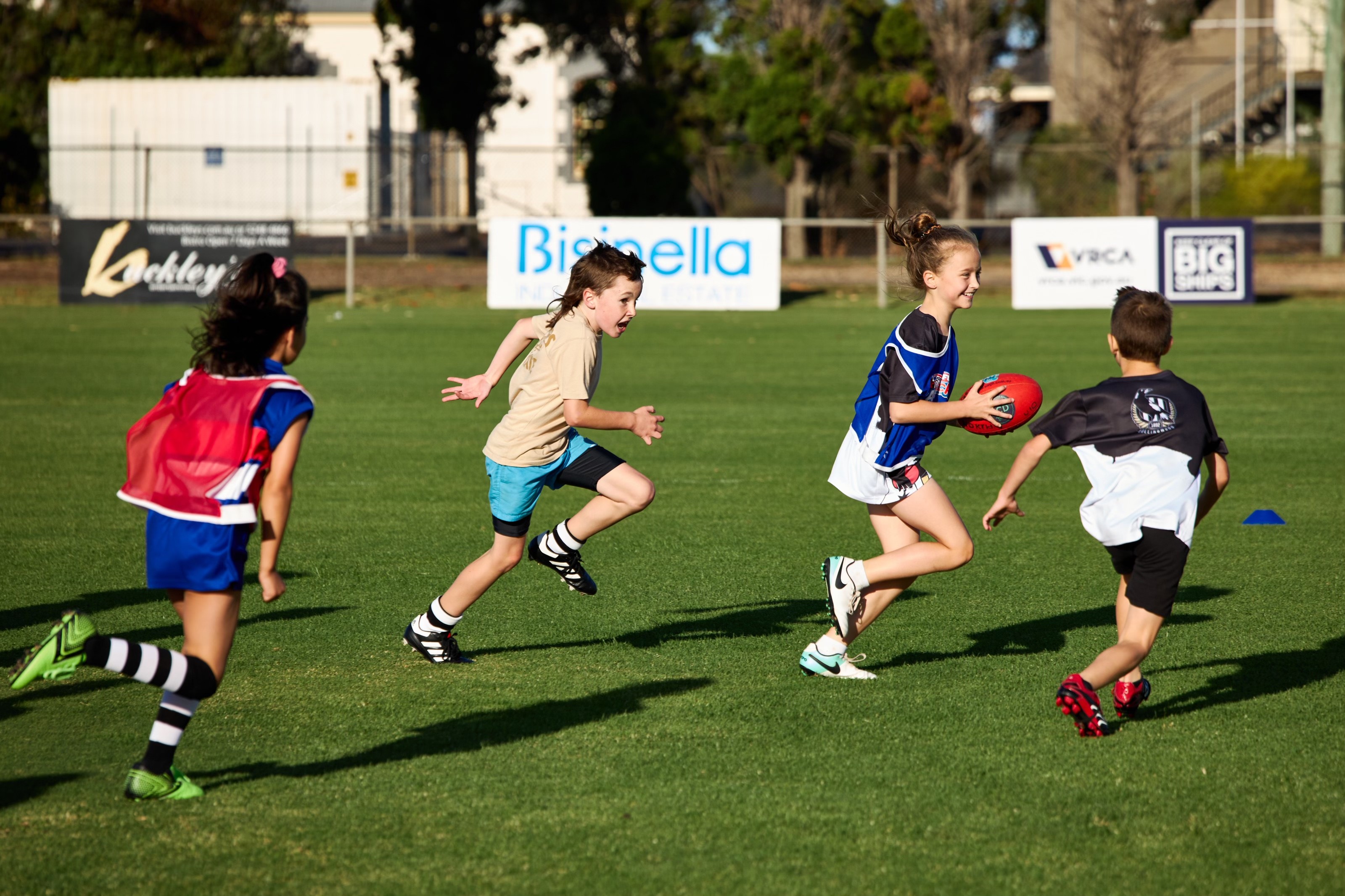 Grassroots football is alive and well at the North Geelong Football and Netball Club.

After a seven-year hiatus, the club is celebrating the resurrection of its junior football program, with about 80 children signed up this season.

North Geelong’s Junior Football Program Co-ordinators, Megan Watts and Sarah Bryant started recruiting for the junior program last December. By March this year, almost 40 kids were registered for Auskick and the club had full U9 and U10 mixed teams.

Catering for the growing needs of the expanding region, the club hopes the program, will provide a strong foundation to build from, with plans for an U12 side in 2023.  North Geelong is also planning to field an U10 girls’ football team.

Bisinella, which has supported North Geelong Football and Netball Club since 2018, has re-signed as a major sponsor.

Anthony Davis from North Geelong said the three-year sponsorship was a major support for the club and its 80 footballers and 60 netballers.

Bisinella’s sponsorship will continue to aid the club with projects including the development of the junior football program, new apparel for players, technology for coaches and major infrastructure.

With eight netball teams currently using one netball court, sponsorship will also help the club to have professional drawings done so it can apply for government funding to construct a new netball court. It will also help with plans for a revamp to the club’s kitchen.

Mr Davis said the response to the junior program had been fantastic and there was a lot of excitement and optimism at North Geelong after the past two seasons were impacted heavily by COVID-19.

“There is a really good feeling around the club - our participation and attendance numbers are up, and we have a growing number of people attending our functions too.”