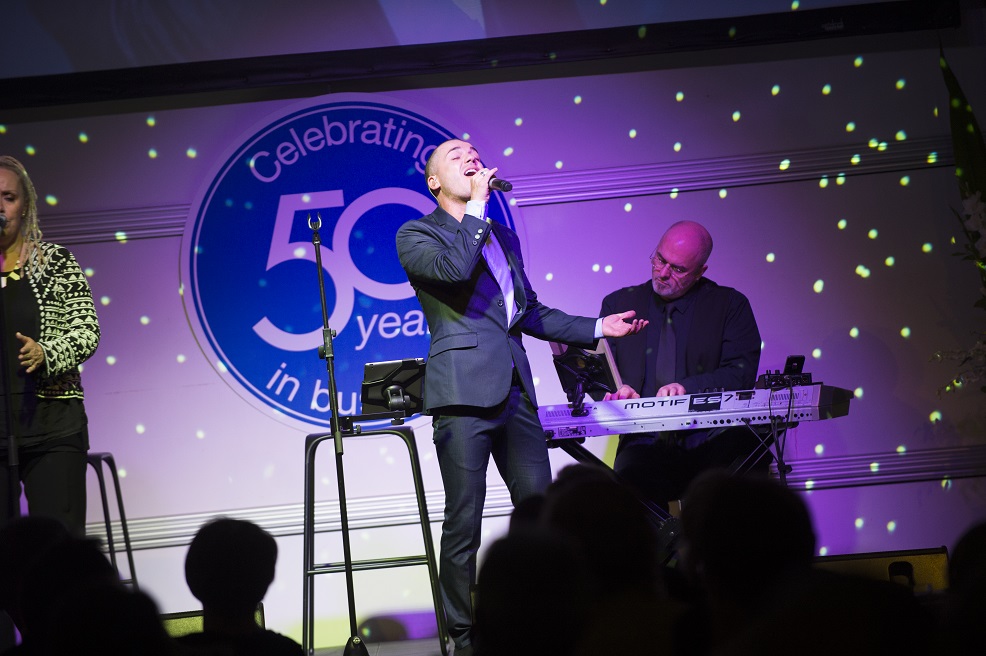 More than 300 guests heard how Lino started out as a plasterer before his family business expanded and diversified into the largest local land development company in the Geelong region, creating thousands of local jobs along the way.

One of Australia’s most popular singers, Anthony Callea, headlined the night with a brilliant performance in the spectacular 800 square metre marquee erected specially for the occasion.

Channel  7’s Rebecca Maddern was MC for the evening and an entertaining after dinner speech was delivered by Father Kevin Dillon AM.

Lino Bisinella received a standing ovation after a moving speech about his early life in Italy and the opportunity he was given by his father’s bold decision to emigrate with his large family to Australia in the 1950s.

Lino’s son Richard, the company’s Development Manager,  spoke passionately about the personal qualities that have driven his father’s success in business and the large contribution Lino has quietly made to his local community.

Pirra Homestead provided a spectacular setting for the celebrations. Many guests took the opportunity to look around Pirra Mansion, the 19th century home of the Fairbairn family which has been painstakingly restored and refurbished by Lino over the past eight years.