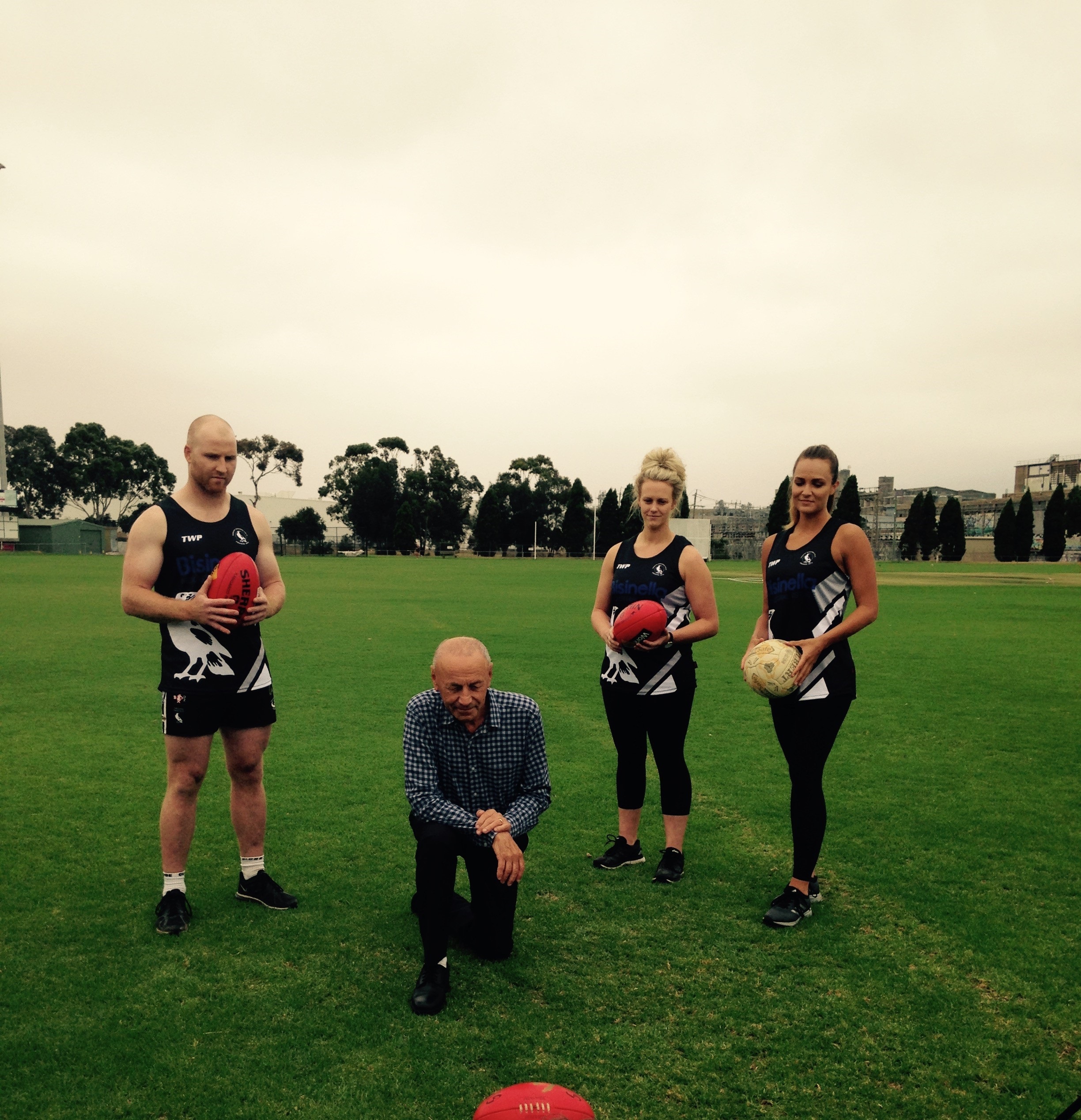 The $45,000 sponsorship from the Lara-based land development company, will help the club to continue to provide critical sport access for youth in the northern suburbs.

The summit focused on issues with club participation and how to foster sponsorship opportunities for sporting clubs in the northern suburbs.

As a result of the forum, sporting leaders from the north gave their commitment to work together and with local political representatives to investigate sponsorship prospects and fight for the future of their clubs.

North Geelong Football Director, Paul Cotter, said Bisinella’s support was the "the most significant sponsorship the club has ever had".

"This three-year deal will give us financial sustainability into the future," he said.

"It enables the club to continue to provide opportunities for participation in both men’s and women’s football along with netball in the northern suburbs."

North Geelong currently has 170 participants across its football and netball teams. Earlier this year it formed a partnership with North Shore Football Club in a bid to increase their junior participation numbers and keep the clubs alive.

"The importance of local businesses supporting clubs such as ours cannot be underestimated. This is especially the case for clubs in the northern suburbs that have a predominantly working class membership base and lack access to the big business dollar," Mr Cotter said.

"Bisinella’s sponsorship allows us to continue to provide sport access to the community and reasonable membership costs. The support also relieves the stress on our hard working volunteers who are balancing the books."

"The people of the northern suburbs need and deserve access to sport, however it has become increasingly harder for clubs such as our to survive while maintaining membership costs that don’t prohibit participation."

Based in Lara, Bisinella supports a wide range of organisations and projects in Lara and the northern suburbs, including local schools, events and other sporting clubs.

Bisinella’s Development Manager, Richard Bisinella said "sporting clubs play a crucial role in our community and the importance of supporting them should not be underestimated."

"The opportunity for children and young adults to have the opportunity to play sport and be part of a club environment is immeasurable," he said.

As well as residential estates, Bisinella has developed industrial land and custom-built factories and warehouses for more than 40 years.

In 2017, Bisinella commenced development of a new 40 hectare industrial estate at Corio in the Geelong Ring Road Employment Precinct (GREP). Stage One of the development was completed in late November, with stages two and three due for completion in May.

"Bisinella has a proud history of facilitating investment and generating thousands of jobs directly and indirectly in the region and a large focus of this is in the northern suburbs. Being able to support the community through organisations such as the North Geelong Football and Netball Club is very important to us," Mr Bisinella said.

North Geelong currently fields two senior men teams, a U/19 side and a women’s football team. There are four senior netball teams and three junior sides.

In 2017, the club entered into a partnership program with northern neighbour North Shore to form the Northern Bay Juniors and also fielded a joint Auskick program.

"The club is currently in the same position as all clubs in the northern suburbs from a junior football perspective with declining numbers," Mr Cotter said.

"Clubs provide education programs on mental health, street violence and alcohol and drug awareness programs whilst also providing an outlet for young people that offers connections to employment opportunities and aids in their social development."