Lara Netball Club welcomes players of all abilities, as the club looks to the future 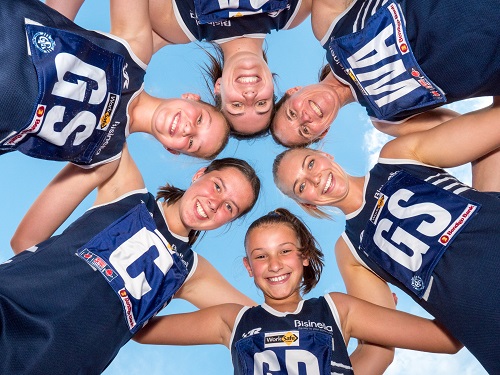 A mentoring program and an All Abilities team are just some of Lara Netball Club’s exciting new developments this year, as the club prepares for the second half of the season.

The club, which has 186 registered players has had a positive start to the 2019 season.

“We are just over halfway through the season of 18 rounds,” Lara Netball Club president Fiona Bennett said in late June.

According to 2016 participation data from the Australian Sports Commission’s AusPlay, netball is the highest team participation sport for women and girls.

In following with this trend, Lara Netball Club, which is sponsored by Bisinella Developments, has 186 registered players with 177 players currently playing across 23 teams.

They also have a NetSetGO junior participation program and Netta Netball, a modified version of netball.

In 2019, the Lara Netball Club launched an All Abilities team, making the fun game of netball more accessible to people of all abilities.

The program, which has been running in Geelong for about five years, provides the chance for people with a physical or intellectual disability to play in a team. The team plays in a competition on Tuesday nights at Kardinia Park, against three other clubs.

“Our U15s coach and a former player are the coaches. We have been able to support them financially, paying for their membership and uniforms. Every cost to them has been covered by the club,” Fiona says.

Bisinella is a major sponsor of the Lara Netball Club and has been supporting the club for the past decade.

The money the club receives from Bisinella (and their other two major sponsors) allows them to reduce the fees their players have to pay to play netball each season.

Fiona says the Lara Netball Club is incredibly important for the region.

“It gives young girls in our community a really safe and inclusive opportunity to come and play sport. And we aren’t just performance base, we are about participation as well. We provide opportunity for everyone.”

“I think as a club it is really important for our community because we provide a home, a sense of belonging that people can feel proud and safe in our club.”

This year the Lara Netball Club has also started a mentoring program with senior players acting as mentors for their younger counterparts.

“It has been received really well and everyone is really engaged in it,” she says.

Fiona says with juniors playing in the mornings and seniors in the afternoons, the mentoring program was helping to break down disconnection between the two groups.

“It is about creating role models and pathways for the juniors and creating connections between the different sections of the club.”

This year the club also has a greater representation of players and parents on their committee.

“It gives it a more diverse representation of the club when we come together at the decision making level at the committee table and we know the decisions we are making are truly representative, as we have players and junior parents there who say what they think.”

“It has been a really important step and for sustainability of the club. If we start training our senior players into those leadership roles then hopefully they will continue their leadership skills and take the club further, when the current committee steps away.”

In the past couple of years the club has also welcomed an increasing number of players from different cultures including players coming Werribee and Altona, who hail from New Zealand and the Cook Islands.

“It is really good for the girls to get to know people from different areas and backgrounds.”

In 2019, there has also been a focus on supporting junior players to become umpires.

“In the past we were scratching to find umpires and now we have to try and make sure everyone gets the chance to umpire.”