Lara Netball and Football Club celebrate wins on and off court 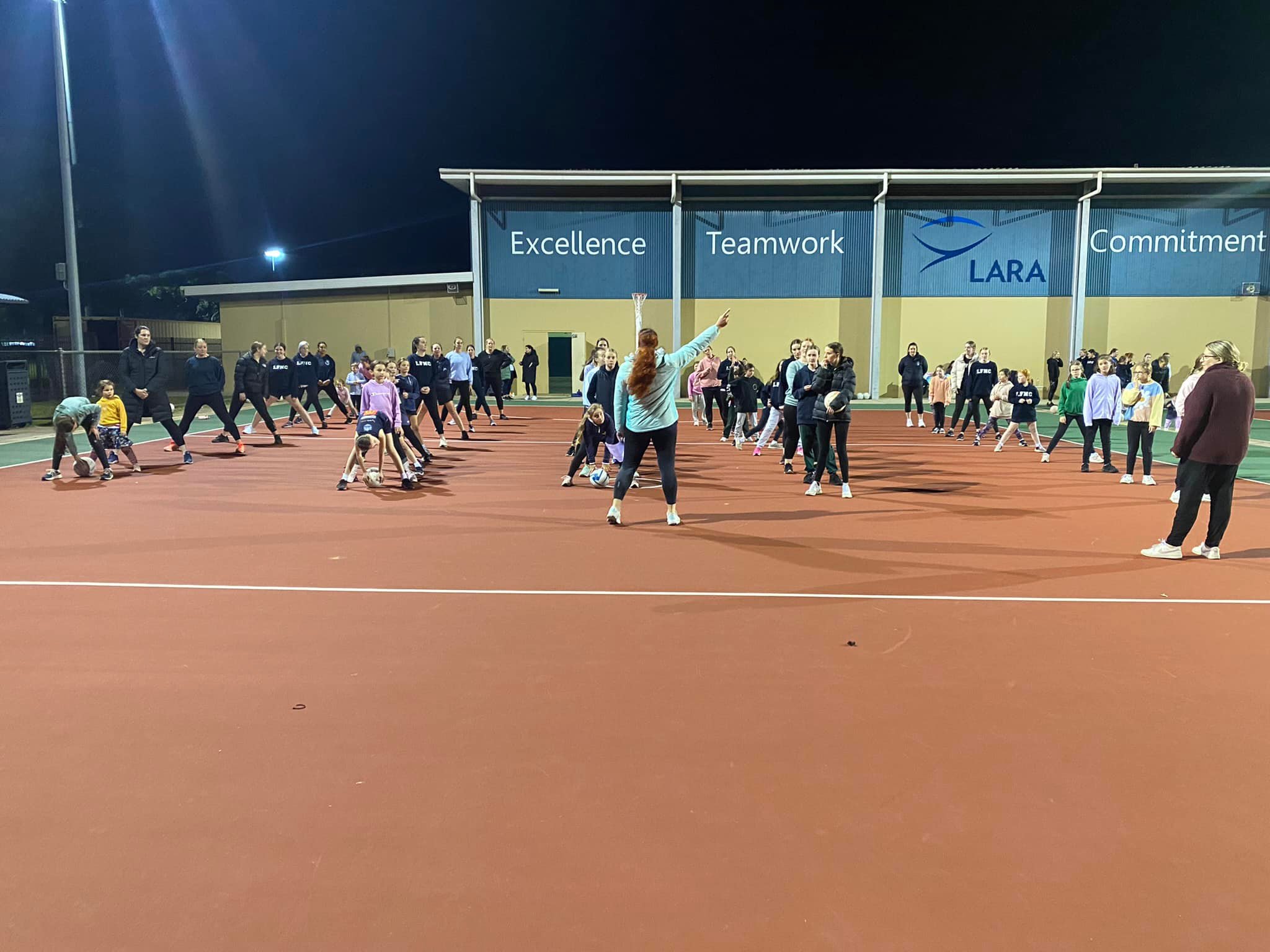 There is lots to celebrate at Lara Football and Netball Club this year.

On June 23, Lara Netball Club hosted its whole club training night. Due to COVID-19, this was the first time all teams had come together for a training session, since 2019.

Despite the impact of COVID-19 over the past couple of years, junior participation levels have remained strong with enrolment numbers continuing to grow, resulting in some excellent results for the club.

Dianne Van Doren said the juniors had represented the club well across the season, with several teams sitting high on their respective ladders, positioning them well for the remainder of the season.

“We now have 17 teams across our junior and seniors with around 150 players and 30 “Net Set Go” registrations per term, which is really positive progress for the club.”

As Di explained, the Net Set Go program has remained popular with the club’s youngest netball members, where they learn the basics of netball in a fun, safe environment.

“We were delighted to be named the 2021 Net Set Go Centre of the Year for Victoria and remain committed to supporting young aspiring netball players by giving them the opportunity to get outside and make some friends along the way,” Van Doren said.

The senior netball players have showed great commitment and resilience this season, despite many players being struck by injuries.

“Our players and coaches have tirelessly worked together to ensure all grades can field teams each week, with some players voluntarily putting their hand up to play multiple games.

As a result of teamwork and hard work, the senior netball players have brought in some competitive results,” she said.

Meanwhile Lara Football Club has seen demonstrated growth across all teams this year.

Although a comparatively young squad, they have been very competitive against strong clubs so far this season.

Lara Football Club president Chris Spence said he was particularly pleased with the senior women’s team who are travelling very well, currently sitting third in their division and looking to compete in the finals.

The club relies heavily on sponsors, including Bisinella, so they can provide essential items such as equipment, jumpers and uniforms, help with improvements to the Lara Sporting Club precinct and assist with general running costs.

“Sponsorship from Bisinella and all our other sponsors enable our club to get players on the field/courts each week,” Mr Spence said.

“It costs a lot of money each year for Lara Football Netball Club to operate. All this money must be generated by the club itself, mostly through sponsorships and events.

“Bisinella has become a valued partner in building the local community and developing the sporting future of Lara Netball and Football Club, Spence said.

Bisinella Director, Richard Bisinella said he was delighted to support the club and provide valuable sporting opportunities for youth in Lara.

The club is looking forward to the rest of the season and hosting a series of community events.

Meanwhile, demolition is complete, and construction has started on new clubrooms, for the Lara Football and Netball Clubs to share, along with two new netball clubs.