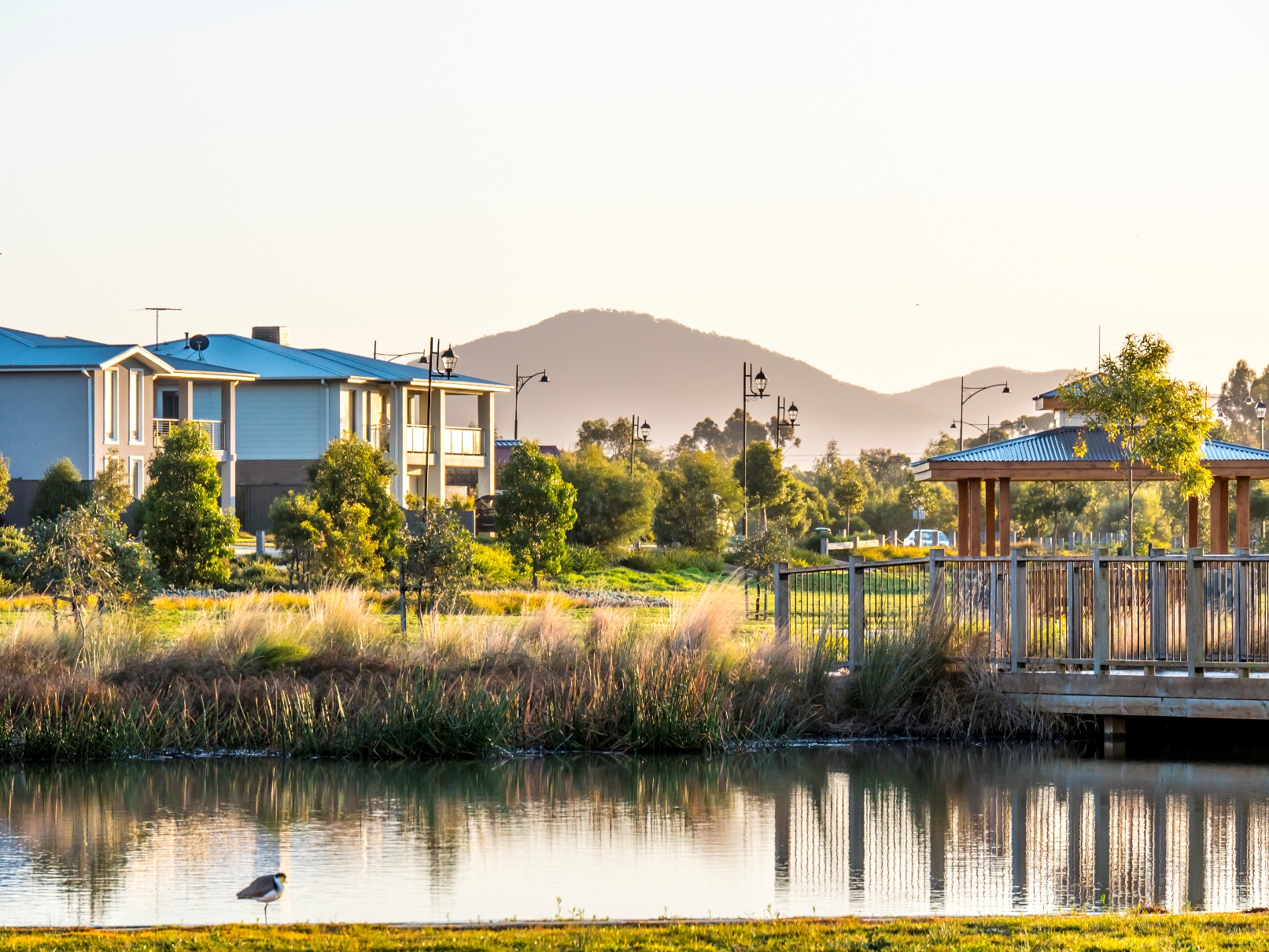 It’s the first success by a local Geelong developer in the 20 year history of the awards.

The award was presented to the company’s Development Manager, Richard Bisinella, at a gala dinner on Thursday night at the Adelaide Convention Centre as part of the Urban Development Industry of Australia’s annual conference.

Accepting the award, Mr Bisinella said it was a great tribute to his father, Lino Bisinella, who started the family business as a plasterer 52 years ago and moved into industrial and then residential development.

He told about 500 guests from around Australia that Grand Lakes Estate was in Lara, near Geelong, and the success of a regional estate in the national awards highlighted the fact that “Geelong is transforming”.

Grand Lakes was successful against entries from some of the biggest development companies in Australia.

The judges said: “This project has turned a major constraint into the primary feature of the development. The low-lying, flood-prone and degraded nature of the land prior to development has been transformed through the introduction of a series of ornamental lakes, wetlands, water treatment initiative and flood management techniques.”

They added that “the attractive environment provides extensive passive and active recreation opportunities for the surrounding population”.

Grand Lakes was successful ahead of finalists including the Astinbrook Estate in Carindale, Queensland, Discovery Point in Wolli Creek, NSW, and Eliza Ponds in Spearwood, WA.

The 807-lot Lara estate was also a finalist for the best residential estate award, won by Sunshine Cove in Maroochydore, Queensland.

Commenced in 2009 and completed last year, Grand Lakes is now a vibrant community of more than 2000 residents.

The estate was built around 18 hectares of open space including three ornamental lakes and expansive areas of densely-planted wetlands and landscaped parkland.

Originally flat and floodprone, this urban floodway is now criss-crossed by an extensive network of walking and cycling trails and is home to increasing varieties of birdlife and native fauna.

Bisinella Developments’ vision for the site was not only to create a high quality residential community but also to contribute significantly to the lifestyle and wellbeing of Lara (population now more than 14,000).

The company invested more than $12 million, or approximately $15,000 per lot, in the parklands features and other public infrastructure at Grand Lakes including: