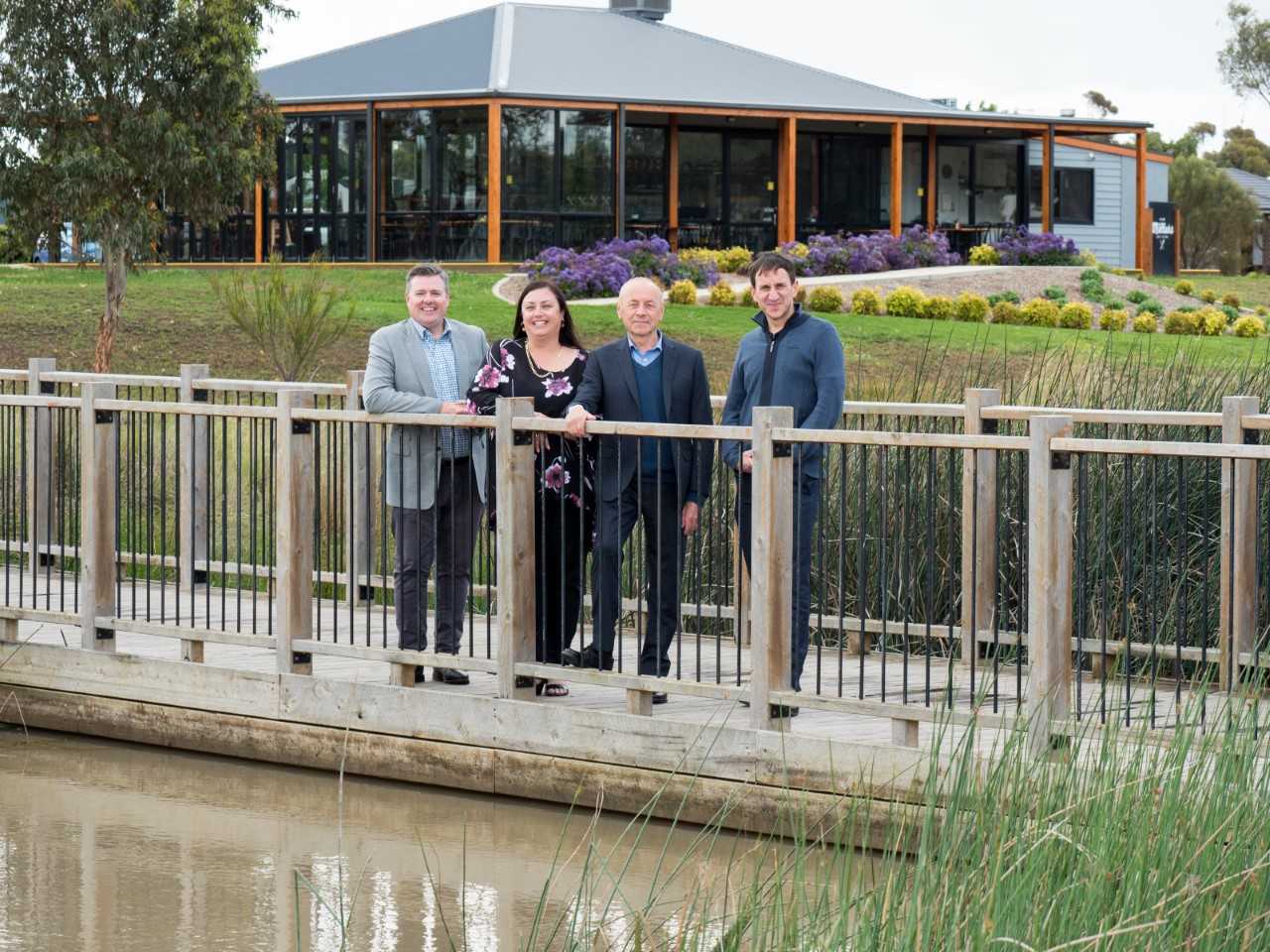 Bisinella Developments’ handover of the national-award winning Grand Lakes Estate to the City of Greater Geelong is now complete.

The milestone comes 10 years after land sales commenced at the prestigious 800-lot residential estate in Lara.

Built from late 2008 until 2015, Grand Lakes Estate is now home to a vibrant community of more than 2000 residents.

“As part of our promise to purchasers, we entered into a longer-than-usual maintenance agreement with the City of Greater Geelong,” he said.

In particular, we wanted to ensure that the 18 hectares of open space was maintained to a high standard. We undertook to regularly mow the grass and keep the landscaping tidy for a period of 10 years from completion (instead of the usual two).”

Grand Lakes Estate was the largest estate developed at the time in Lara. Built round a stunning 18 hectare expanse of lakes, wetlands and parkland it is laced by a network of boardwalks and walking and cycling trails.

It also features a community centre, a café, playground and barbecue area.  A childcare centre is also close to completion.

Construction of the three ornamental lakes, the densely-planted wetlands and the landscaped parkland was carried out in two stages and the first stage completed in 2009.

Responsibility for maintenance of other common areas and facilities, including the boardwalks, playgrounds, footpaths, lighting and toilets, was handed over to the City of Greater Geelong as they were completed, as per the normal practice.

In 2016, Grand Lakes Estate set the benchmark around the country becoming the first residential estate in the Geelong region to win the urban development industry’s national award for environmental excellence.

The national award followed the estate taking top honours at the Urban Development Institute of Australia’s annual Victorian awards for excellence in 2015.

Grand Lakes was judged the best residential estate and also won the award for environmental excellence.