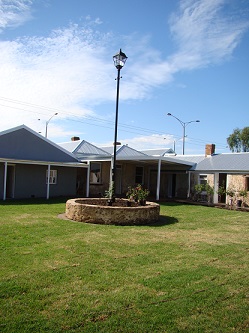 The new Lara Museum and Historical Centre – a unique partnership between Bisinella Developments and community volunteers dedicated to preserving the town’s heritage – opened to the public on Sunday 21 April 2013.

The gala opening celebration, attended by more than 3000 people, followed the official opening ceremony on Thursday 18 April 2013 by the Mayor of the City of Greater Geelong, Cr Keith Fagg.

Under the personal supervision of managing director Lino Bisinella, the Bisinella Developments team lovingly restored and refurbished one of Lara’s oldest historic buildings, the former Lake Bank Hotel, at a cost of approximately $500,000.

Bisinella then leased the property for $1 a year to the local community group formed to operate the museum, Lara Heritage and Historical Inc.

The museum, on the corner of Forest Road and Canterbury Road West, is open to the public from 11am to 4pm on Wednesdays and Sundays. Group bookings are available by appointment.

Mr Bisinella (right) is pictured at the official opening with (left to right) Ian Board, president of Lara Heritage and Historical Inc, Cr Fagg, and an actor playing the part of Sir Henry Barkley, Governor of the Colony of Victoria when the Lake Bank Hotel was built in 1860.