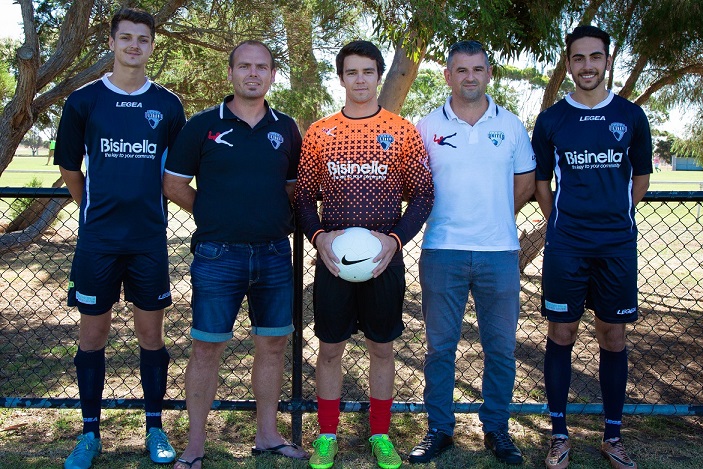 Bisinella Developments will be the major sponsor of Lara United Football Club for the next three years.

The Bisinella logo appeared on the front of the club playing shirt for the first time in the Geelong Community Cup match against Corio on Friday 27 January.

Lara United has more than 200 participants in men’s, women’s and junior soccer competition.

Mr Bisinella said he is pleased to support the growing sport of soccer in the local Lara community.

“The success of the local soccer club is important for the families of Lara and contributes to the healthy lifestyle opportunities available in the town,” Mr Bisinella said.

Mr Pettman said the club is delighted to have a three year commitment from Bisinella Developments.

“The Bisinellas are amazing supporters of the Lara community and we’re proud to have them as partners in growing soccer over the years ahead,” Mr Pettman said.