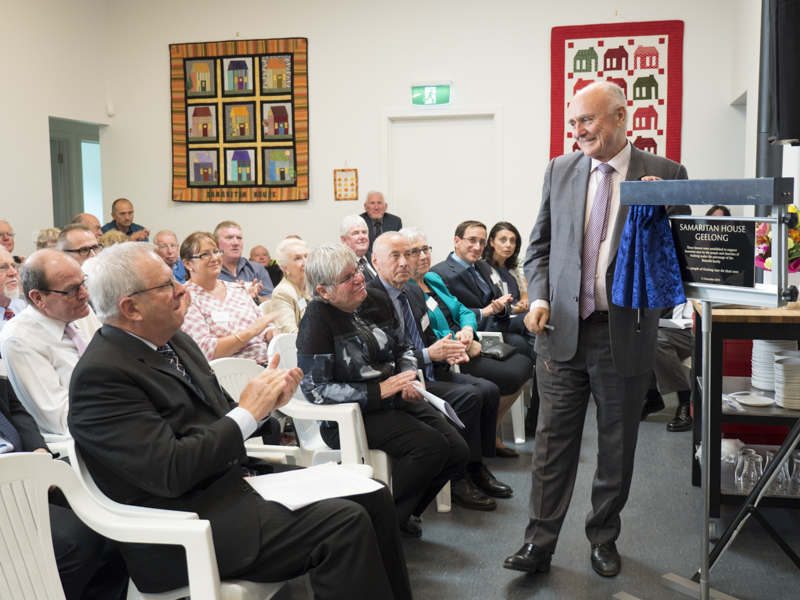 Homeless men can seek refuge in a family home environment thanks to purpose-built accommodation constructed by Bisinella Developments.

Lino Bisinella is patron of Samaritan House Geelong, a community-based organisation which receives no government funding and operates with the help of hundreds of donors and volunteers.

Lino was a key financial supporter in establishing the ground-breaking service in 2012.

Last year, with the generous help of a range of Geelong businesses, he proudly handed over the keys of the $630,000 building at no cost to Samaritan House Geelong Ltd.

Samaritan House operates seven days a week and can accommodate up to 13 homeless men and three overnight volunteers.

It works closely with the long-established meals program at Christ Church Geelong and the recently-established Lazarus Drop-in Centre to provide an integrated program of support for the homeless believed to be unique in Australia.

Photo: Professor Allan Fels unveils the plaque commemorating the official opening of the new accommodation for homeless men constructed by Bisinella Developments at no cost to Samaritan House Geelong.